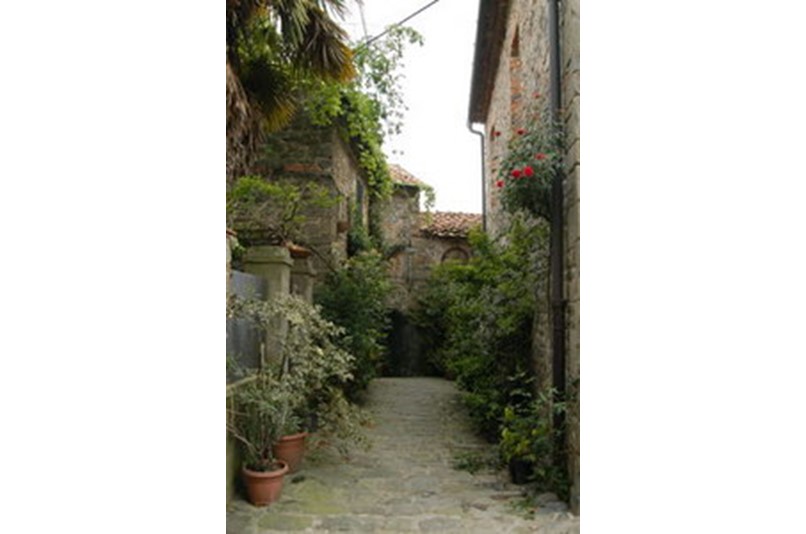 Built by the Bishop of Lucca, Peter II in the early century X Pietrabuona is the incatevole Pesciatina door of Switzerland. It owes its name to the ancient and precious stone quarries serene, in centuries past real natural treasure. Pure developed numerous paper mills along the river Corsican Pescia were a glorious pride of the whole mountain region and hilly.
Due to its strategic position, since'300 was the subject of bitter disputes between Pisa and Florence that finally conquered in 1371. Besides the beautiful gateway to the castle are still clearly visible inside the village remains of defensive walls.
The Church of St. Matthew preserves among other valuable two wooden sculptures Tuscan school early'400, representing S. Matthew and S. Colombano.
THE PIEVE
Parish of Pietrabuona is attested since 798, but the age structure is not left no trace. It is believed that the first building with the title of "Sancti Gregorii" were located within the original urban settlement.
Sell'antica architecture dating back to 1260 ca Remain part of the perimeter wall and the apse that borders on the door of the castle.
This element of union among ecclesiastical building and the structure of the walls is quite applicant in the castles of Valdinievole. The apse performs un'ornamento that leads to workers Lucca. The orientation of the church understand that the settlement had anything trim, perhaps towards Lucca that in the Middle Ages was the political and cultural center of the whole territory.