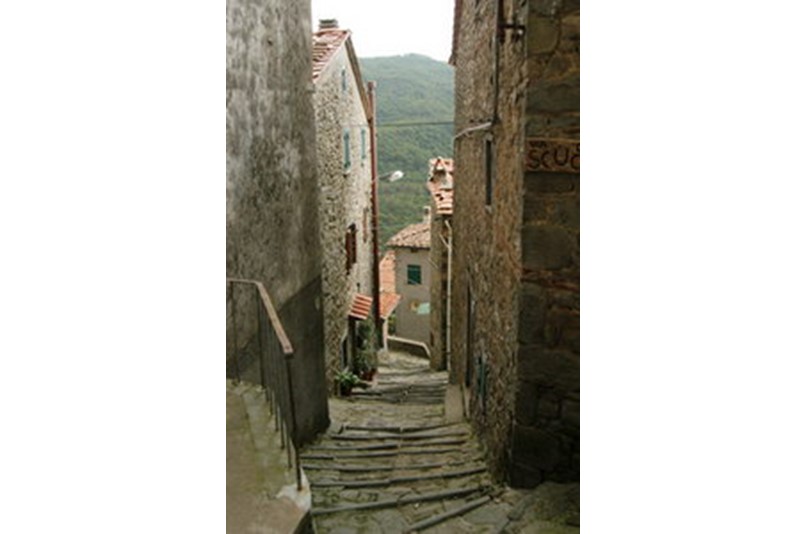 Documented for the first time in the ninth century, the castle's highest Valleriana. Its unique shape urban shaped range makes it one of the most striking features of the valley. From the fortified structure can be seen today only a few remain, incorporated in subsequent construction. The Romanesque church of S.S. Andrea and Lucia, kind dominant the village, has three naves. Inside are still clearly visible remains of the structure. Stupendous the baptismal font fifteenth in stone.
THE PIEVE
Documents from 980, presents a facade stone hut and finely carved Renaissance portal.
The interior is divided into three naves by a series of columns with capitals of the fifteenth century. With the exception of a adorned with a human head, probably run in the twelfth.
The church retains an immersion baptismal font cornucopie and decorated with rosettes (1441-1497), and is enriched by a large grey stone arch carved with vegetable motifs and symbols of the four Evangelists (late fifteenth century. ). In front of the high altar are placed two wooden sculptures depicting valuable Sant'Andrea and Saint Lucia similar to the production of Francis de Valdambrino, performed by an unknown artist in the first decade of the fifteenth .