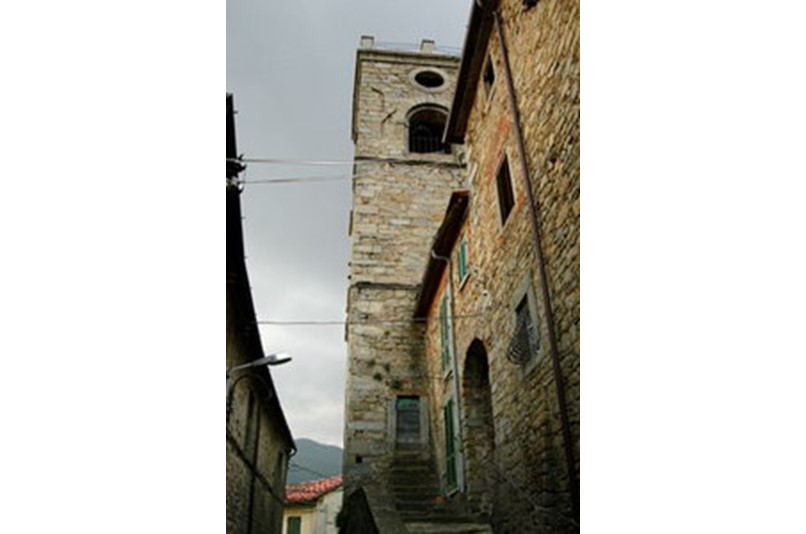 The town is first mentioned in a document dated century X. During the Middle Ages was one of the most impregnable castles, until in 1364 won by the Florentines not entered the domain of Florence. Because of the increase in population was added a second defensive circle while later (in 1376) developed a new settlement south of the castle. There is still clearly visible remains of the ancient walls surrounding the medieval fortress (once called Sovereign), near the church.
The beautiful church S.S. Peter and Paul, to a single aisle, retains very little of the original structure; inside, especially the valuable crucifix sixteenth and Virgin of the Rosary (attributed to Matthew Civitali ) terracotta painted, half of the sixteenth century.